Living Radio as a Try Out 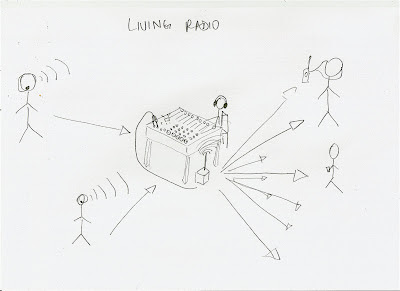 Two observers (a man and a woman) walk through the same space where other things are happening (other pieces from the Lange Nacht, they would be the „observers“ of the night, they could go from one theater play to other and watch the people going outside or at the entrance, talking either about what they´re seeing, either about what they think about it and how they imagine it could look like, if it wouldn´t be what it is. They see the space, the people and their relationship. 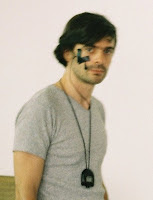 Each one of them has a headset microfon.


Try out reports scenery was the Hans Eisler University in Berlin, during the TRY OUT days for the "Lange Nacht des Musiktheaters" (coming soon). In a june afternoon, when students were practicing in the rooms, the “observers” walked through the corridors. 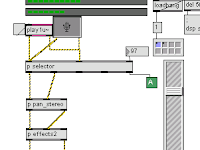 Three sound sources are mixed live for the audience according to the score: synthesized atmospheres by Laura Mello and two processed Voices from the actors. The audience sits in front of an empty stage - or can listen over radios - to the live mix getting into a state between voyeurism and sympathy


Listen to an excerpt. 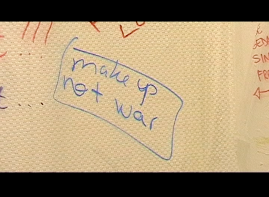